The History of Braces – Everything to Know 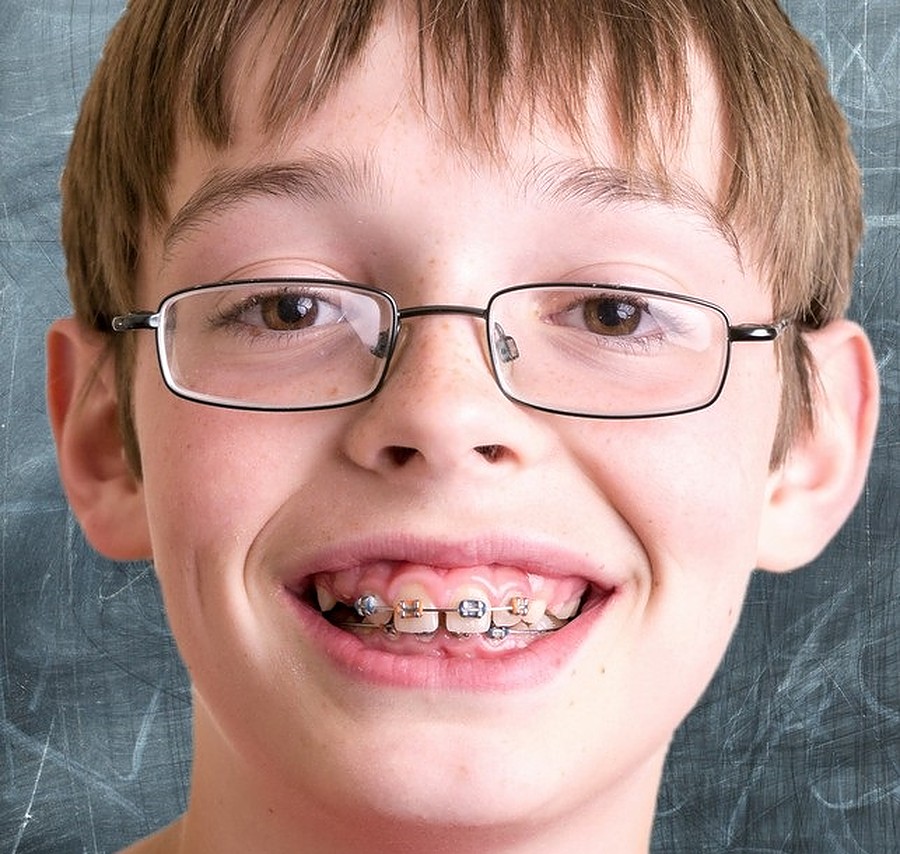 It may seem as though braces are a relatively new practice. Going from a few children having braces in the 1960s and ’70s, they seemed to come out of nowhere. Now orthodontists around the country offer braces after they became popular in the 90s and 2000s.

It may surprise you that primitive versions of orthodontic treatments have been found on ancient Egyptian mummies, and the first modern form of braces dates back to the 17th century!

It is incredible to think that ancient societies had the technology for straightening and maintaining teeth. Braces made out of primitive metal brackets and wiring constructed of animal skin and catguts were discovered on Egyptian mummies.

The Egyptians were not the only ones with early theories and practices of orthodontia. Ancient Etruscans used a golden band resembling a mouth guard to preserve the teeth of the deceased.

Around 400 BC, Greek philosophers Aristotle and Hippocrates theorised ideas for straightening teeth. Some 400 years later, the Roman writer, Celsus, suggested pushing teeth with your fingers while they were emerging to push them into place.

The Birth of Modern Orthodontics in France

The Dark Ages leave a large gap where there was not much advancement in orthodontics. Big breakthroughs for orthodontics were not seen again until the 1700s in France.

A French dentist Pierre Fauchard, commonly dubbed as the father of dentistry, invented the “bandeau”. The bandeau was a metal strip shaped like a horseshoe designed to expand the dental arch and straighten teeth. The bandeau did not catch on due to the fact it was uncomfortable and expensive, but it inspired a huge surge in the field of orthodontics.

In 1757, a dentist by the name of Pierre Bourdet further innovated and improved upon the bandeau. He also made the discovery that removing wisdom teeth can prevent them from crowding the mouth and pushing other teeth into a crooked position.

Cristophe-Francois Delabarre found an alternative to pulling teeth to fix overcrowding. He inserted threads and wooden wedges between the teeth to separate them and relieve overcrowding.

The innovations of 18th century French dentists set a foundation for modern orthodontics and braces as we know them today.

In the 19th century, American dentists made even more advancements in orthodontics, using the French advancements as stepping stools to improve the patient experience. The following is a timeline of breakthroughs in the history of braces.

The 1970s saw some huge innovations for braces, making them similar in appearance to the braces we see today. Previously, the only way to adhere brackets to the teeth was by winding the wire around each tooth. Innovations in dental adhesives made it possible to place brackets directly on the teeth, allowing for a more comfortable experience.

Before the 1970s, brackets were commonly made out of silver and gold, causing them to be extremely expensive. In the 1970s, the shift to stainless steel brackets made braces a more accessible option. Lingual braces (placed on the backside of the teeth, facing the tongue) were also introduced for people hesitant about getting braces for aesthetic reasons.

Since the 1970s, we have gone from rotary phones to computers in our pockets, playing Pong to virtual reality gaming available in our living rooms, and floppy discs to USB drives. Technology has also had a huge impact on braces. X-rays and 3D dental imaging allows orthodontists a better view of tooth structure, enabling better results for braces.

Have you ever had a dental impression? Many people are familiar with this at the dentist office when one is fitted with a mouth tray. Now, even dental impressions can be taken digitally with scanners. You can view your impression minutes later on a computer screen. These allow for more accurate imaging of teeth, leading to more effective braces.

Also, stainless steel wires are being replaced with copper-titanium wires that respond to heat and bend along with the teeth as they shift. This is a more comfortable option for the patient, and it can cut down on the number of tightening appointments.

Orthodontics is now a common practice that has naturally grown and advanced for the sake of patient comfort over the years. Even the little innovations, such as allowing people to choose the colour of their bands, help make going to the orthodontist a more pleasant experience.

Invented in 1997, Invisalign is an effective alternative to braces. Invisalign is a clear, removable aligner placed over the teeth to correct bite and straighten teeth. Many older teens and adults opt for Invisalign because of its virtually invisible appearance in the mouth. Also, it is a smooth surface, free of the discomfort wires and brackets can sometimes cause.

Orthodontics has come a long way from the bandeau. We are lucky to live in a time where orthodontics is a professional, perfected art. At Vellore Woods Dental, we are always continuing to grow and advance along with the field.

If you are looking to fix your crooked or gapped teeth, an improper bite, or misaligned jaw, braces or Invisalign could be the right option for you. Contact us at Vellore Woods Dental today for a consultation.